AS EAORA are using Sailwave Results programme the results can be condensed into a single downloadable file showing all races and Overall championship results. The results can be found in the files on this page both overall and by class.

First race of the 2017 season with 8 yachts taking part. Conditions were lively with wind speeds of 18 knots gusting more from the NE, otherwise dry with a bit of sun.

Started at West Mersea with class 3 at 0900 and class 1 & 2 at 0910. visibility not that good so the fleet disappeared from view within 30 minutes. Tracked on AIS from the CV they were seen to be going well at an average speed of over 6 knots.

The second race started in much lighter wind conditions with about 12 knots northerly, but still cold and cloudy. With the wind forecast to decrease during the day the shorter course D (33 nm) was selected by the Race Officer but it did involve getting through the Spitway. Race started on time at 0900 and the AIS showed good progress with yachts through the Spitway by noon (HW was 1100). with a triangle in the Wallet turning at Holland Gap it was then foul cross tides all the way back to West Mersea. The bonus was from noon the sun came out and made a lovely day to be on the water and a big contrast to Saturday.

The Hougton Cup 2017 race from Harwich to Burnham on Crouch started at 0800 from Dovercourt Bay.

The Thames Estuary Race from Burnham on Crouch to Harwich started at 0900 from the Roach Buoy in the River Crouch.

The North Sea Race from Harwich to Scheveningen started on 30/5/2017 but after a good start by all yachts in a reasonable wind the wind died during the night and left many of the fleet drifting. The faster yachts managed to avoid the worst of these conditions being that much further ahead of the fleet. First EAORA yacht across the line was Tonnerre 4 having taken just over 19 hours. Most finished after about 33 hours with Strata 5finally crossing the line after nearly 42 hours.

The East Coast race (qualifier for the Fastnet) started at 1800 on Friday 16th June 2017 at Burnham-on-Crouch. A reasonable but light wind gave the yachts a good start and by 0600 the following morning they were rounding the Gabbard Wind Farm with leading yachts already heading for the Goote Bank Buoy.

Unfortunately the wind did not continue and throughout Saturday it got lighter and lighter. How ever the leading yachts still had tide with them and the first yacy "DJINN" finished at Oostende at 14.36. The first group of yachts all managed to finish between then and 20.43.

Unfortunately the wind had stopped all together by this time and most of the second group started to retire, wespecially those still out near the Goote Bank buoy. All arrived into Oostende with the exception of Cassiopeia who conrtinued to race finally finishing at 0541 on Sunday morning.

The Offshore Regatta has three races which all count towards the championship. These are the Graham Wallis, the Cannon Ball and the Walker Challenge. These three races are included in the overall results, Information on these races can be found in the separate Regatta results.

Due to a problem experienced in July with the Belgian Customs and a fine for having red diesel in the tank of a raceing yacht a decision was taken to avoid Oostende in 2017 for the Buckley Goblets race.

Instead the race was from West Mersea to Ramsgate. 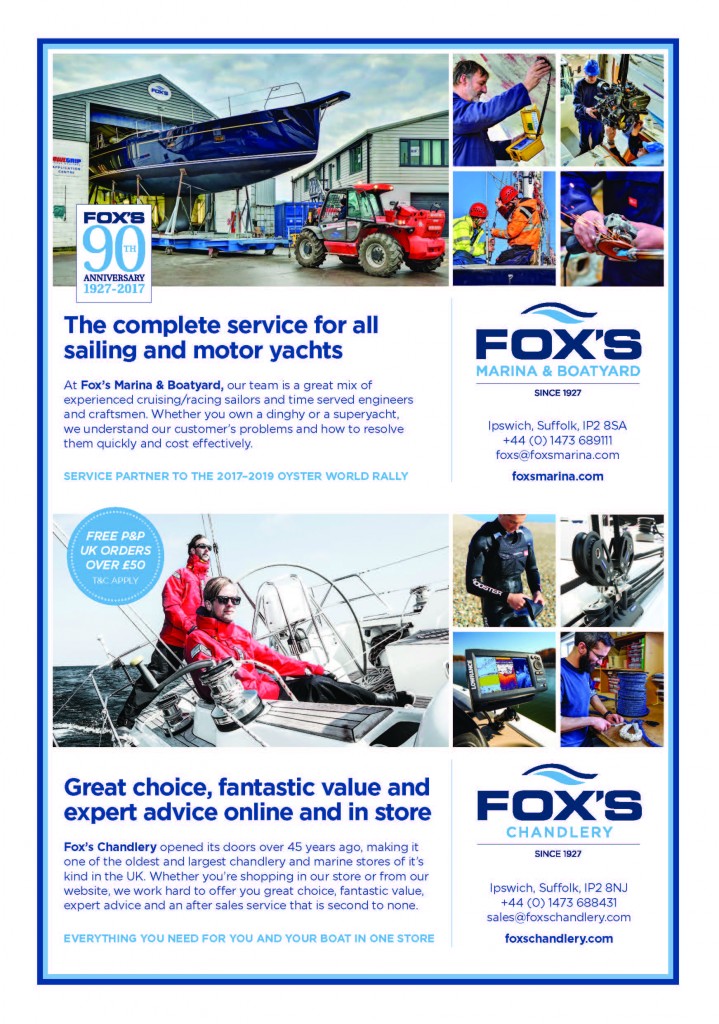