Paul Scott with a good crew on his Sigma 38 called Spirit has won the RORC North Sea Race in style, this year he was one of 10 East Anglian boats racing for the Charlie Mills memorial trophy. The trophy will be presented at our end of season party on the 3rd November in the WMYC. Well done Paul and to everybody onboard.

ApeX was a close 2nd with just under 4 minutes between them. Again well done to Robert Leggett and everyone who raced.

full report from RORC/yachts and yachting

Spirit is skippered by Paul Scott and the team race regularly with the East Anglian Offshore Racing Association. Paul Scott is a member of the RORC, West Mersea YC, and Haven Ports YC.

"Spirit has a great team with a mixed range of experience and abilities. We are passionate about offshore racing, and we have won a few races in the past, but never anything as big as this. We always set out to have fun, and enjoy our sailing, but to say we are happy with this result would be an understatement. A big thank you to the race organisers." commented Paul Scott.

The race was mostly upwind and reaching, with very few teams getting their spinnakers out of the bag." commented RORC Racing Manager, Chris Stone. "Conditions conspired to favour the smaller yachts, as the faster boats did not get the breeze that arrived later in the race. Over the course of the season, favourable conditions will average out through the fleet. Well done to the teams that did well, even when the conditions are right for your team, you still have to put in a top performance to win your class, and have a chance of the overall win." 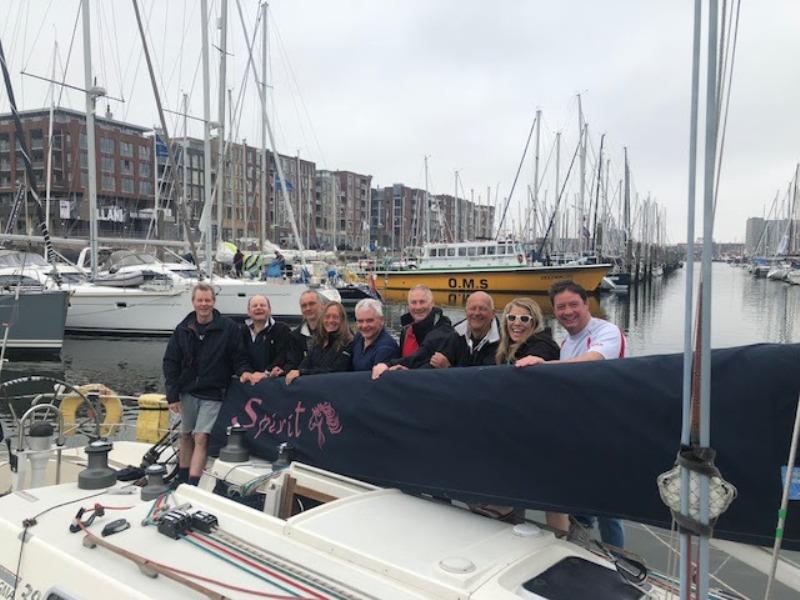 The top three teams overall, were all racing in IRC Four, Spirit was the winner, second was Robert Leggett's X-332 Ape-x, and third was Michel Dorsman's Dutch X-362 Extra Djinn.

"We are very please with our result, as Two-handed racing in Holland has become very popular and very competitive." commented Ajeto!'s Robin Verhoef. "Our J/122e was specially built for Two-handed sailing, and we love to sail that way because we don't need any more crew or all the additional equipment and provisions required when more people are on board. We do have systems designed for two-handed racing, and our preparation is always a big part of producing the best performance."

The RORC Season's Points Championship continues Saturday 26 May, 2018 with the start of the Myth of Malham Race, over the Bank Holiday Weekend, the race is approximately 256 nautical miles from Cowes to the Eddystone Lighthouse, and back for a Solent finish.

For full results of the North Sea Race, and more information about the Royal Ocean Racing Club visit www.rorc.org.